Why study failure? The case of Lidl

Ask a Norwegian about German discount retail giant, Lidl, and chances are he or she will have an opinion.

Some Norwegians say Lidl was a positive contributor to the Norwegian grocery market, because of their low prices and “exotic” products, while others remarked they didn’t shop there, because it was a foreign company that ignored labour unions, stocked unfamiliar food, built unsightly structures and sent profit out the country.

The Norwegian failure was a unique case in Lidl’s corporate history ‐ the first ever time the company, known for its ability to enter new markets successfully, pulled out of a country entirely. In 2008, after 4 years in Norway, Lidl gave up on Norway, selling all of its assets to Rema 1000, another discount chain.

If you ask Norwegians why Lidl failed in Norway, many will argue that Lidl did not fulfil the Norwegian shoppers’ needs and neglected to fit in with their values.

Is this the reason? Or is there something more to it?

What did Lidl do wrong in their attempt to establish in Norway, and why didn’t they manage to adapt?

The answer lies in a combination of reasons, including but not limited to: lack of research, poor strategy (and execution thereof), buying habits and behaviour of Norwegian customers, existing grocery retail industry structures (competition) and the product itself.

It would appear within the area of international retailing that failure is just as likely as success. With inherent risk, even with proper planning and a robust strategy, there is ample room for failure.

Expanding to new markets requires planning. Crossing national borders usually increases the factors that need to be taken into account – culture, legislation, demographics, existing infrastructure, behaviour patterns – factors abroad which cannot be intuited with a ‘it’ll work just like it does at home’ attitude.

Interpreted by Achieva, here are our reflections on the main reasons Lidl failed to get a foothold in the Norwegian market:

Lidl failed to consider (mainly) when, how and where to enter the Norwegian market.

Approaching  the  Norwegian  market  with  a  fairly  standardised ‘product’ was in retrospect, not a good idea. When parts of the product proved unsuccessful, they realised, but only gradually – indicating a poor level of planning and strategy.

Adaptations were piecemeal and the learning curve was too slow. Customers may well have turned their backs on the supermarket chain since their first visit, assuming Lidl couldn’t fulfil what they needed. And despite the fact that Lidl attempted to appeal to these customers over the following four years, the customers may have simply ‘tuned out’.

Lidl may well have benefitted from cooperating with the existing chains who better understood the Norwegian market – or entered through acquiring existing chains. This would have had the added benefit of Norwegian ownership in the company – an important aspect to Norwegian shoppers in general.

Ask yourself: are unfamiliar discount German groceries a good ‘fit’ for Norwegian shoppers? Possibly not. It’s important to respect and understand that customer needs differ from one country to another.

One year after entering the Norwegian market, Lidl had only managed achieve 1% in market share. In a bid to better satisfy the market, Lidl added over 400 well known, branded products, which did led to noticeable growth in customer loyalty. However, this very aspect could have been explored in the planning stage to improve their early traction. A reluctance to understand what and how Norwegians make purchasing decisions, clearly alienated their customer base – or 99% of it.

The change from their home strategy to an adaptation strategy resulted in more popularity among customers, but also higher expenses than expected. Again, not enough planning.

Norwegians tend to prefer branded items and high quality interiors. Lidl stores were perceived to be the quite opposite. The fact that Lidl sells mostly unbranded German products and not the kind of products that represent the ‘soul’ of Norway, like Kvikk Lunsj, Solo, Idun Ketchup, G35 goat cheese, and so on. Price turned out not to be the crucial factor.

One store was, however, positioned differently to each of the others. The Oslo store had a more metropolitan theme to other Lidl stores and the product range was more competitive.

Perhaps Lidl should have accepted the extra costs involved in establishing the chain in Norway and adapted more of their stores to fit each local market? Standardisation may have been a necessity to achieve success, but it may also have been one of their reasons for failure.

It’s no surprise that Norway is expensive in relation to neighbouring countries in Europe, so presumably the competitive prices offered by Lidl would have been popular?

Lidl is known as an aggressive retailer and was a feared competitor to the Norwegian retailers. To prepare for the competition, the four major retail groups pushed supplier prices so low that some of the Norwegian branded goods could quite feasibly have gone under.

Not simply limited to advertising or language, but style and expression. The question here is how Lidl could have reduced the ‘outsiderness’ aspect and assimilated better into the Norwegian market.

Even before Lidl opened the first store in Norway, over 3000 articles and stories had been aired across Norwegian media. By comparison, Norwegian retailer Rema 1000 established 139 stores before The Norwegian Broadcasting Corporation (NRK) broadcast the first news story about them. This coverage had an estimated value over 100 million NOK.

Was it all good? Well from an ‘all-publicity-is-good-publicity’ perspective, yes. Though much of the content focused on poor treatment of staff in other countries, negative environmental impact, poor working conditions and low wages. Lidl was accused of being opposed to unions in other countries.

Whether the truth or conspired industry rumours, Lidl’s image and brand was communicated through Norwegian media in a way that might not have been as negative had the company been more aligned to Norwegian culture.

When entering a foreign market, Lidl aims to gain a large market share as quickly as possible. Yet, almost all successful international expansion attempts in Norway have taken a gradual and cautious approach, evaluating small measurable successes and failures along the way and adjusting to ensure successful integration. Lidl’s aggressive entry did not allow for this. A subtler approach would have enabled more understanding with less investment, ultimately steering the company on how to successfully acquire Norwegian customers.

In order to reach profitability, Lidl needed the economies of scale, only possible by opening at least 10 stores before launch, with additional stores planned to open in rapid succession. Despite the fact that this has been a successful strategy to Lidl, it is inherently risky and caution seemed not to be part of Lidl’s strategy.

The oligopolistic structure of the Norwegian retail industry featured four main players – NorgesGruppen, Reitangruppen, Coop and ICA. These four players represent 99% of the market. Although the number of stores in the Norwegian grocery industry is significant – indeed Norway is the European country with the highest number of stores per capita (8.7  grocery stores per 10,000 people in 2002 at Lidl’s critical traction period) – the varied number of supermarket brands (Kiwi, Ultra, Rimi, Meny) all belong to one of the four retail groups. Incidentally, this gives the consumers an impression that competition is abundant.

When Lidl entered  the Norwegian market in 2004, it was already, to all intents and purposes, a mature and saturated market. Lidl was therefore aiming to conquer a piece of the existing market, not to expand it. This meant ‘stealing’ from the companies who dominated the market – no easy feat. And another reason, in part, for the failure of Lidl in Norway.

When entering a new market, Lidl have a tendency to build as many stores as possible, as quickly as possible. However, when entering Norway, Lidl struggled to find suitable land in chosen locations, with some of their proposed sites rejected by local politicians.

As a generalisation, Norwegians tend to do their shopping several times a week in their local store. Lidl’s strategy to position their stores in outer-city locations, did not suit the buying behaviour of their target market.

Quite simply, Lidl’s standardised model of market entry practiced time and time again across Europe, is crucial to the success of Lidl, enabling full operational control, was wholly incompatible with the Norwegian market.

The question is then, why has Japanese cuisine – sushi – become so incredibly popular, with countless restaurants fulfilling this exotic cuisine, while German groceries simply fell at the wayside. Perhaps Lidl’s food was unfamiliar… but not unfamiliar enough?

Aldi learnt from Lidl’s failure and, although they have looked at Norway as a potential market, have not made any attempts at breaking into the market. It is unlikely that another grocery retailer will look at Norway any time soon.

And by further studying failure, we can better understand success. 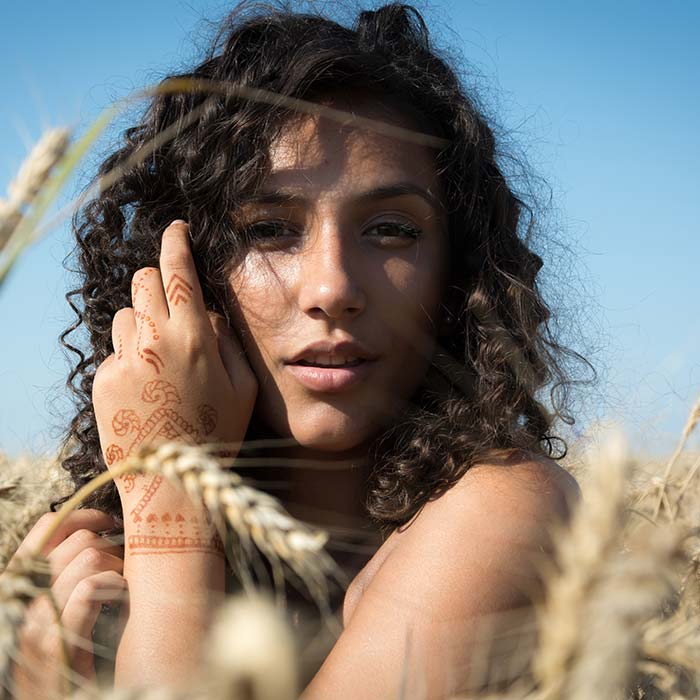 Norway could stop using cash – how will it affect your business?
Mistakes international businesses can learn from
Why study failure? The case of Lidl
Selling overseas